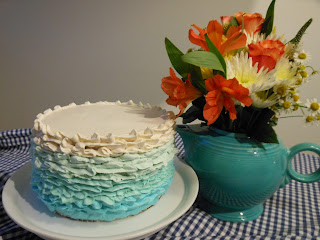 Apple Cinnamon Layer Cake and Cupcakes
It’s near the end of June and I’m in the mood for Apple Cinnamon Cake.  I know this is typically a yummy fall dessert, just not today.
Looking for a layer cake apple recipe is harder than it sounds.  Most recipes call for the cake to be baked in a Bundt pan or in a single layer square pan with the descriptor, “this is a nice snack cake.”  I wanted a layer cake and cupcakes.
Thank you Betty Crocker for giving me a recipe that I could modify.  I added finely chopped apples and tripled the cinnamon and vanilla.  It needs a glaze or frosting to be sweet enough for my taste, though just plain is quite good too. 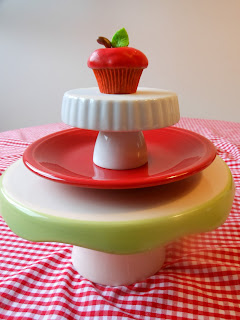 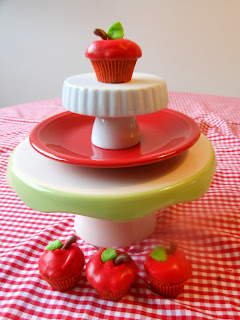 This test kitchen experience yielded two completely different products.  First, the Apple Cupcake…in all its cupcakey cuteness.  The frosting is a Mascarpone Cream Cheese Frosting, tinted red and quite fluid.  This consistency was perfect for dipping the cupcakes into the frosting.  During the baking process, I stuck a couple chocolate Tootsie Rolls and several green chewy candies in my pocket for melting purposes only.  While the cupcakes were setting up, I rolled out the green chews, used a petal cutter to pop out some leaves, and manipulated a few Tootsie Roll stems.  Voila!  An apple.

This was a first attempt and it certainly won’t be the last.  I hope to dial in the process to make bigger cupcakes with improved consistency.

My favorite secret??  I placed two walnut halves into the center of the cupcake before baking.  The nuts are the edible, crunchy core of this apple!  How fun is THAT? 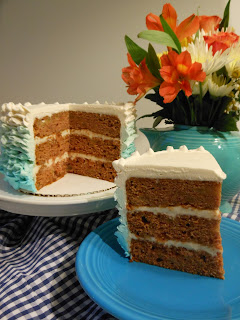 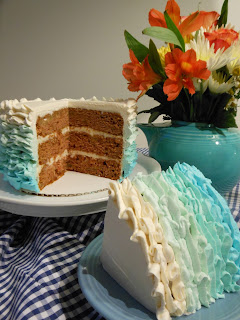