How Did I Get Here

I started baking because I was depressed.

In the six months leading up to baking as a full-contact sport…I left my American Red Cross Volunteer position of two years (I loved this job), our oldest daughtergot married, our youngest son left on a two-year church mission, I had reached my goal of losing 100 pounds, and I was thiiiiis close to failing in my Clinical Psychology Doctoral program after having completing my MA Counseling Psychology degree with perfect grades.  My life wasn’t exactly circling the bowl, but neither was it “long walks on the beach with magical sunsets.” 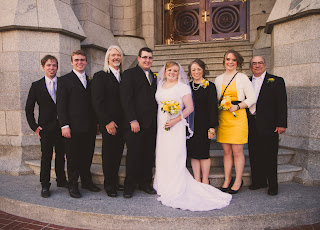 Marie got married and Joe left.  Half my kids were “gone.” 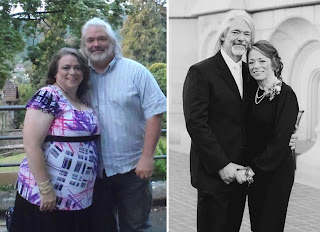 Before: September 2011.   After: October 2012.
My go-to coping mechanisms for change and stress were no longer effective.  This meant yoga was uninteresting (my mat has a growing layer of dust) and patchwork quilting completely soured.  Fabric swatches that were previously captivating … were now boring.  New designs and fresh interpretations no longer came to me.  “This used to work!”  My sewing machine, grid paper, and scissors had been effective for five years and now quilting had no sparkle.  This was confusing. 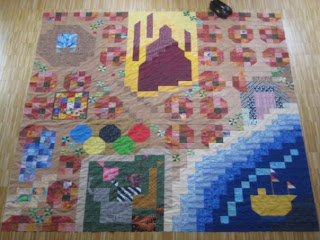 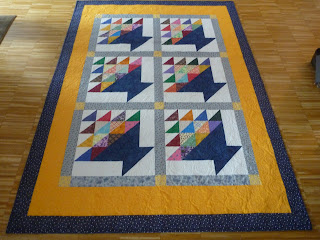 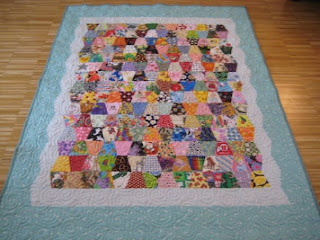 “I-Spy Tumbler”
size: little larger than a lap quilt
In this vacuum, true crime shows and reenactments held my interest; we have the iTV statements that support this.  If it was about murder, missing persons, or incarceration – I was hooked.  I’m a great fan of Lt. Joe Kenda: The HomicideHunter and Louisiana Lockdown.  I don’t know why; I stopped asking ‘why’ a while ago.
I’m an American living in Germany.  My life partner of 26 years had a trip to DC in January 2013 for two weeks and I joined him for the weekend sandwiched between a week-long corporate training session and a week of team meetings.  While visiting the Apple Store in Bethesda, I dropped into the most luscious cupcake bakery.  Having lived in Europe the last four years, I was unaware of the cupcakery goodness of Georgetown Cupcakes, their TLC television show DC Cupcakes, and the near groupie-status of some of the faithful.  It doesn’t matter.  The cupcakes were delicious and I switched from Stolen Voices, Buried Secrets to anything (available on iTunes) with cake in the title.

Several weeks later, back in Germany, I wanted another cupcake.  German bakers are skilled at many, many things…none of which is the American cake.  Most ‘sponge’ (the cake portion of the cupcake) is dry, not very sweet, and lacking flavor.  Now that I think of it, sponge is the right descriptor.  I prepared a box mix of cake and found little joy in eating a cupcake that tasted like the box.  Never before in my 49 years had I made a cake from scratch, but I saw people on my new shows doing that and thought I’d give it a try.  For real.  I had never seen a cake baked from scratch in any home kitchen.  Most importantly…

….I liked decorating cupcakes….and I like thinking about them…and going online to see what other people were doing with cakes and cupcakes…and combining flavors with frostings….  I found inspiration from my favorite baristas at my local Starbucks.  Most importantly, I discovered that cupcakes from scratch ingredients were amazing!

Initially, I didn’t recognize it … cupcakes were saving me.  Organically and without design, a new coping mechanism presented itself and I was back on the road to … my life.  Our family motto, “anything worth doing is worth overdoing,” accurately describes the trajectory of how cakes and cupcakes have pulled me back from the dark and into the light.  Cupcakes and being creative reminded me of all the good people I have in my life and the wonderful opportunities I enjoy on a daily basis.  I don’t eat the cake or cupcakes.  Sometimes I lick the frosting bowl.

In the beginning, I was reluctant to start baking… I just knew I’d want to create all the time.  My husband asked me how much the ingredients of one cake cost.  “I think around $10?”  He told me to start baking everyday if I wanted to and toss the cakes out (we want to keep the weight off) because, “…if cakes are working for you, it’s worth it.”  I love that guy. 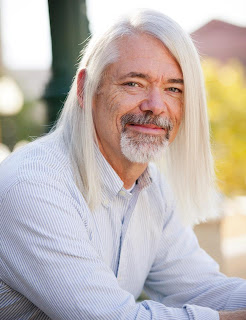 I’m so proud of my partner.
I was depressed.  But, not anymore.
**Katherine Loveless Photography , wedding photos.