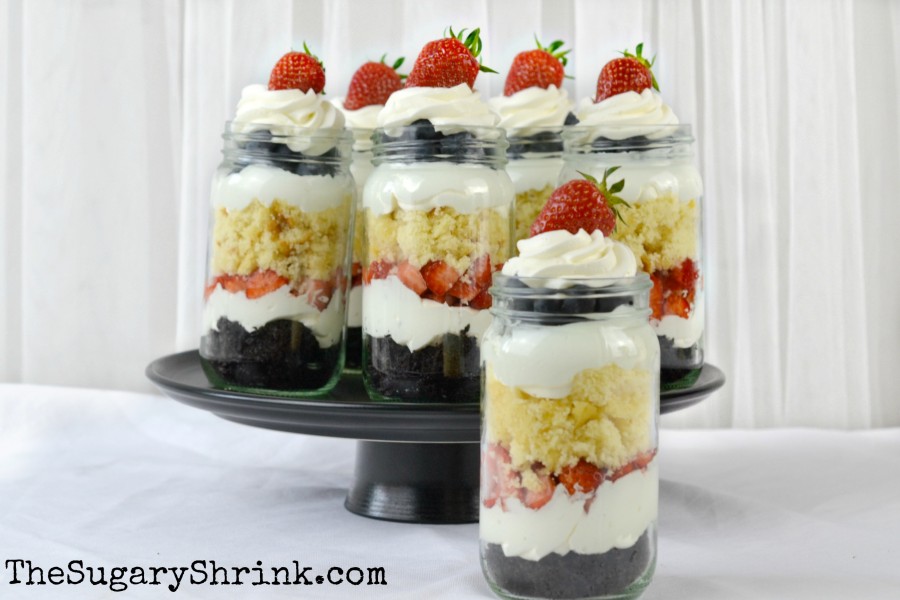 This wasn’t the dessert I set out to make.  It’s not even in the same category of desserts I was considering.  But, it’s what I served after two consecutive cake fails.  Here’s how I got there.

We invited friends over for an evening of chili and cards.  This is a terrific combination of good comfort food and a friendly game of Spades.  Being me, I wanted to prepare a delicious cake.

After baking a scrumptious vanilla sponge for the top of the wedding cake (blogged here) but not quite getting the texture right…I decided to tackle it again.  I followed this new recipe almost exactly as written.  Side note:  I’ve been exploring recipes for a White Vanilla Cake that has a deeper flavor than the one I’ve been using for three years. 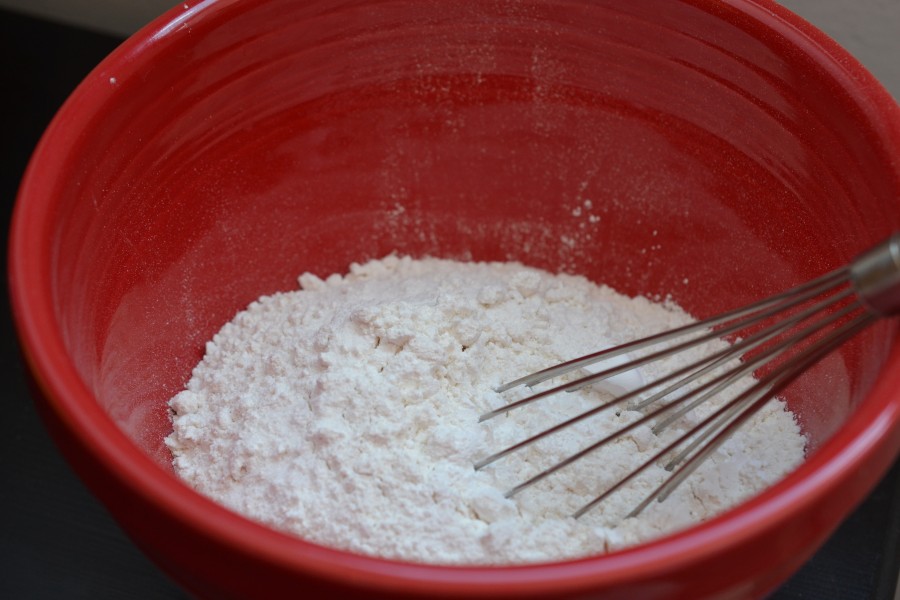 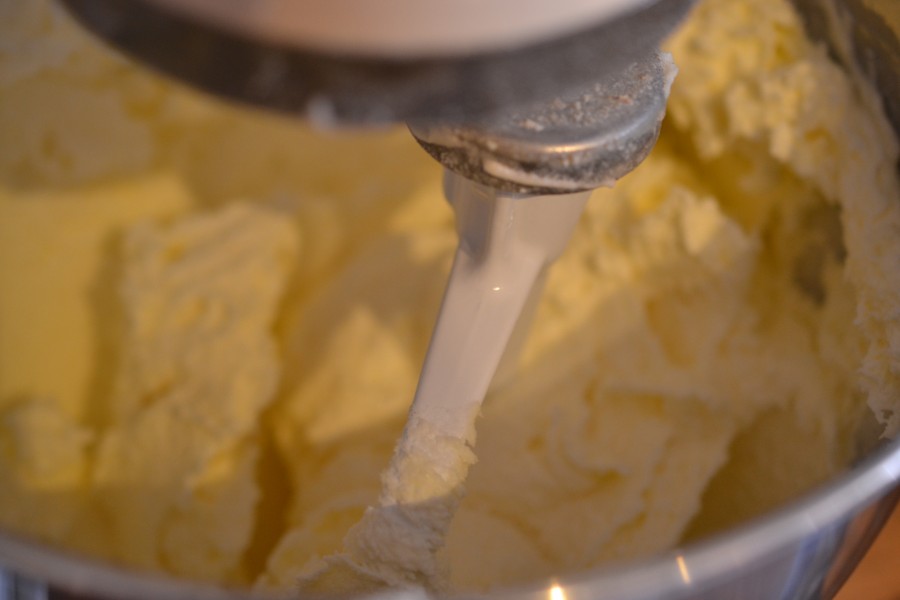 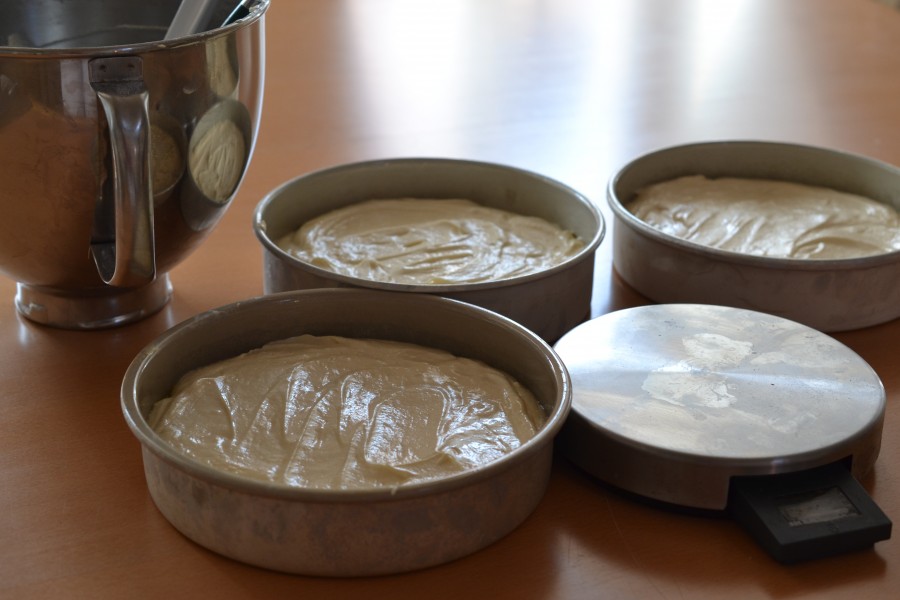 The results were even worse than before! 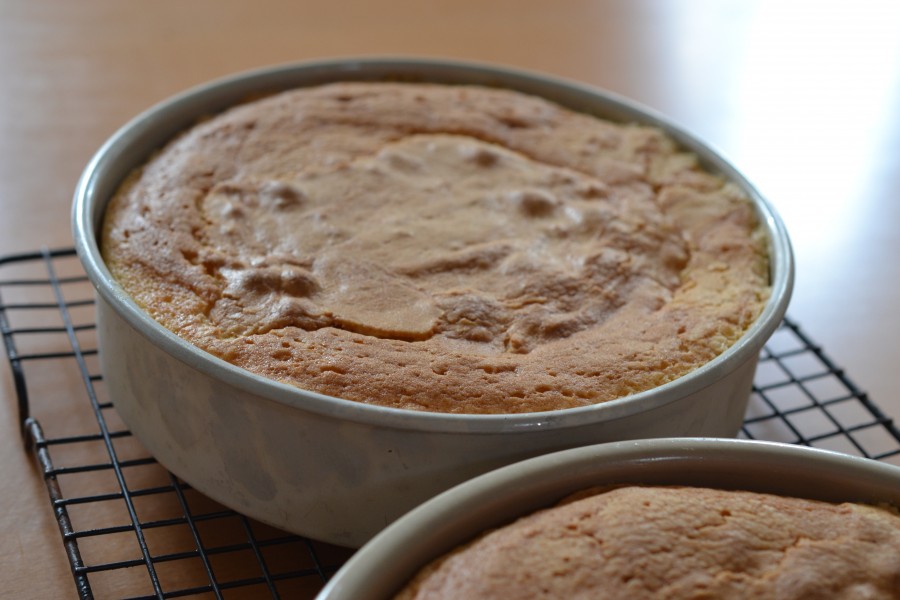 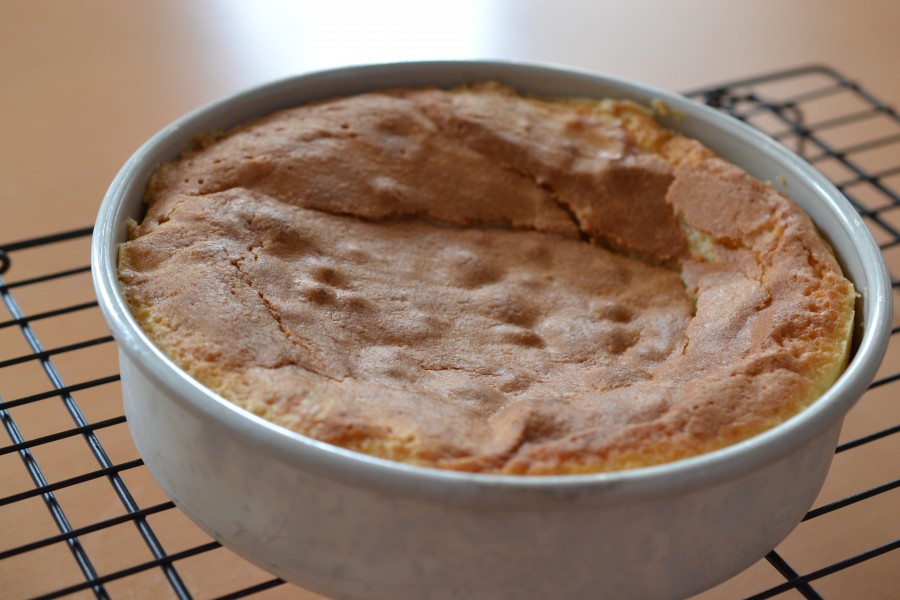 “Well, that won’t do.  Our friends are coming over in a few hours.”

I decided to bake my favorite go-to chocolate cupcakes.  They are never-fail.  Until this time.  They blew up and over the sides of the cupcake liners and dripped onto the oven.

Seriously, I didn’t know what happened.  So I simply stood in my quiet kitchen reviewing everything that I had done during baking…

As I stood there, I noticed the empty flour bag sitting in a bowl collecting the egg shells and other baking detritus… and I looked at the bag…really looked at it.  And there it was… “self-rising flour.”

At the store, carrying it into the house, placing it in the pantry, and filling up my flour container in the kitchen because I didn’t have enough flour to bake the vanilla sponge – I never read the label.  What a lesson!  It was a relief to understand how I had two major cake fails back to back.

I still need dessert!  With delicious sponge and fresh fruit in the house, I decided on the trifle.  Techniquely, the sponge in a trifle is usually soaked with booze, but you know that’s not my speed. 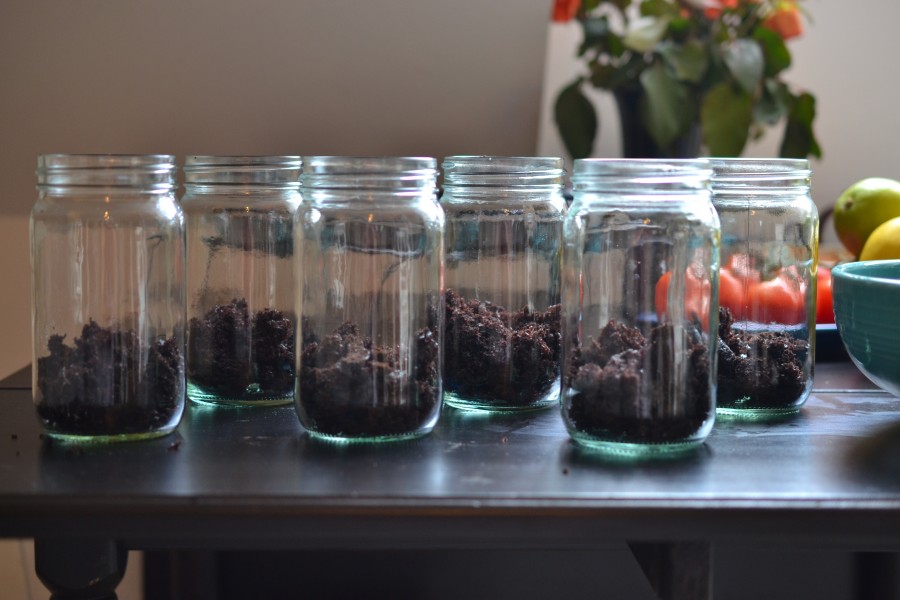 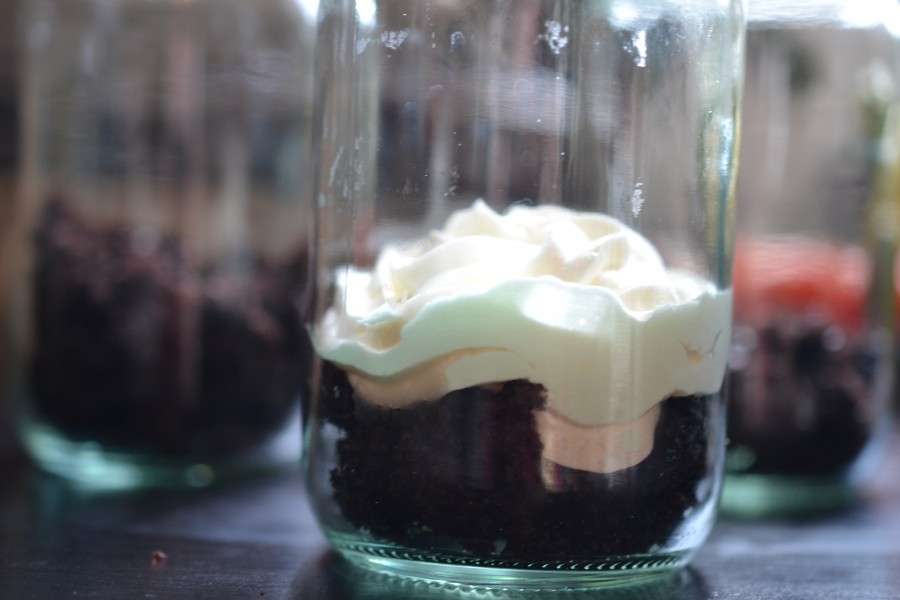 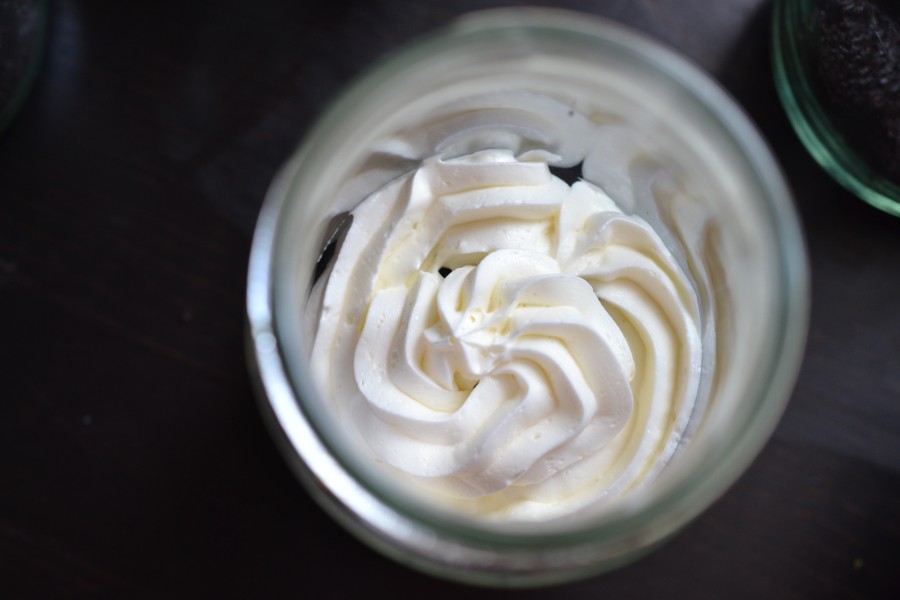 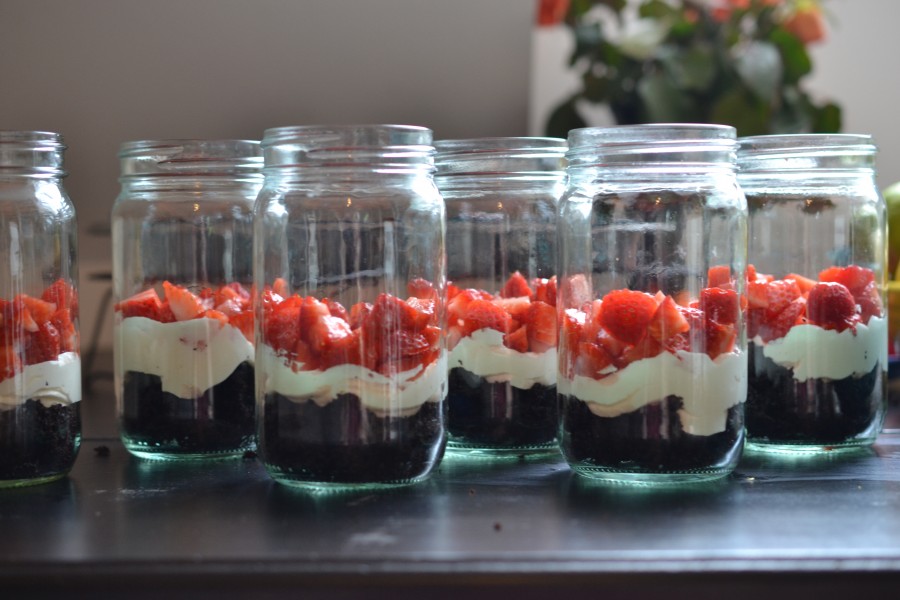 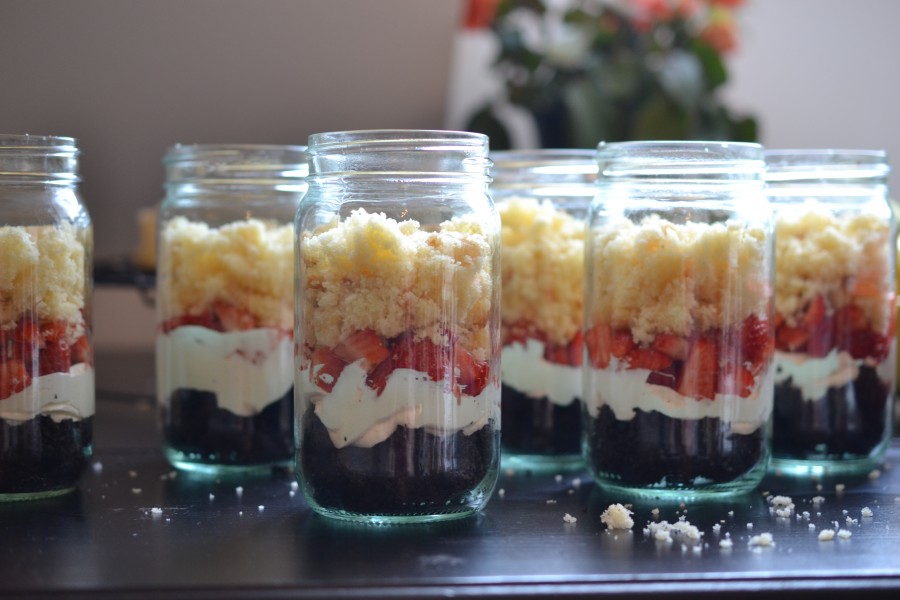 The filling on a trifle can be whatever the baker decides.  For this dessert, I used a combination of Vanilla Buttercream and Heavy Whipped Cream.  Next time, I think I’ll choose either pudding or only whipped cream.  Including the buttercream in this layering was a little too much sweet for me.

Blueberries on the very top added an amazing bite of freshness. 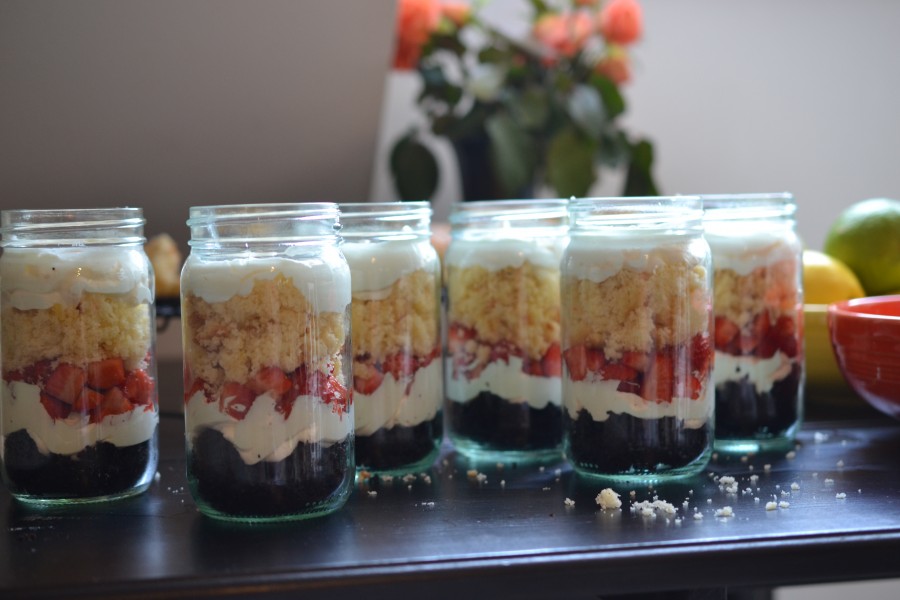 I am now in love with this dessert as a favorite option when little bits of this and that are left over from other projects.  And, I don’t see myself being limited to vanilla and chocolate… what about a spice cake with apple chunks and butterscotch pudding?  Yum!

I had six matching, recycled jars in the pantry because I kept telling myself, “they’ll come in handy one day.” Bingo!

I love my life partner husband and our card-playing ways.

I love that our people love playing cards with us and our new people are willing to learn.

I’m grateful for sobriety and the life it lets me live.