It’s Christmas season and I’ve got all kinds of cake and cupcake ideas percolating.  This little Snowman Cupcake is one of those ideas and I think he’s just as cute as a button.

Of course this topper can sit on any cupcake and buttercream combination, but I paired almond and coconut to coordinate with the flavors of the Raffaello bonbon.  Style note: I think it’s important to extend the look of the coconut on the snowman to the buttercream (even if you use a chocolate frosting).

I started with an Almond Cupcake and was careful not to overfill since I knew decorating this cupcake would be easier if the top was flat and not domed.  I carefully considered the color of the cupcake liner…. I chose red since I was interested in a real Christmasy look. 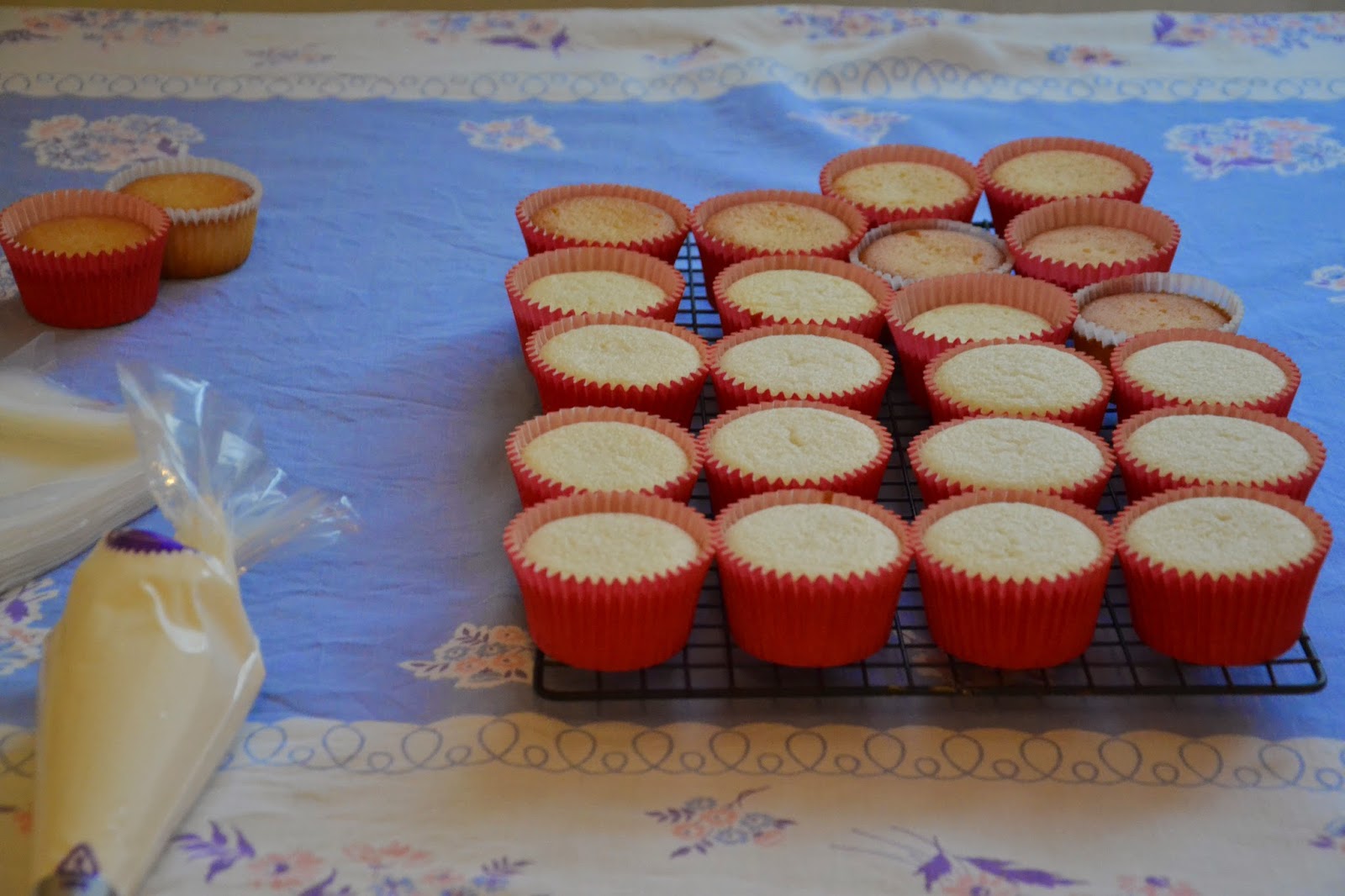 A low swirl of stiff Coconut Buttercream was just the ticket.  For stiff buttercream, reduce the 1T of whole milk or coconut milk to 1tsp. 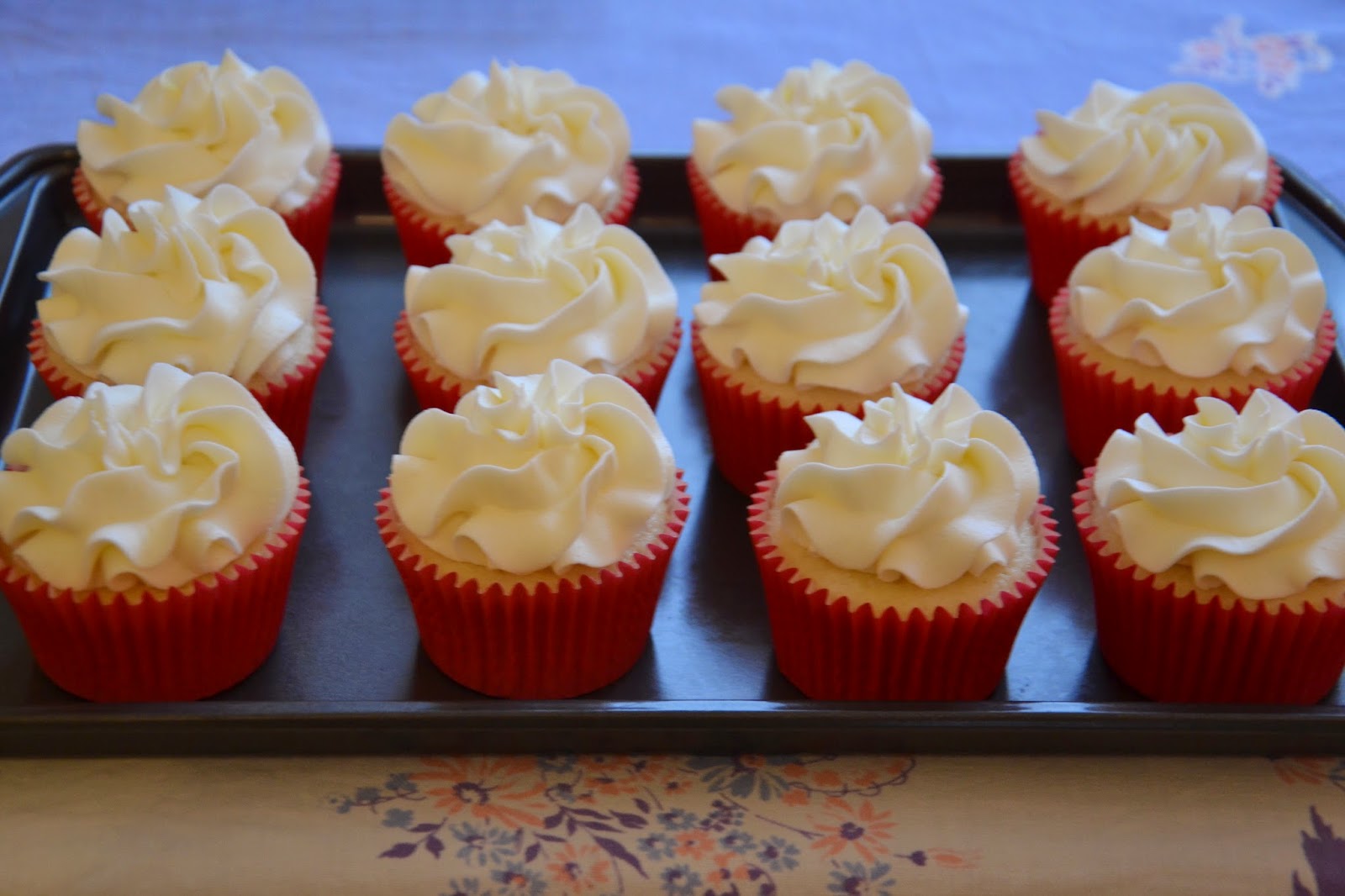 Sprinkle the top of the cupcake with fresh, flaked Coconut. 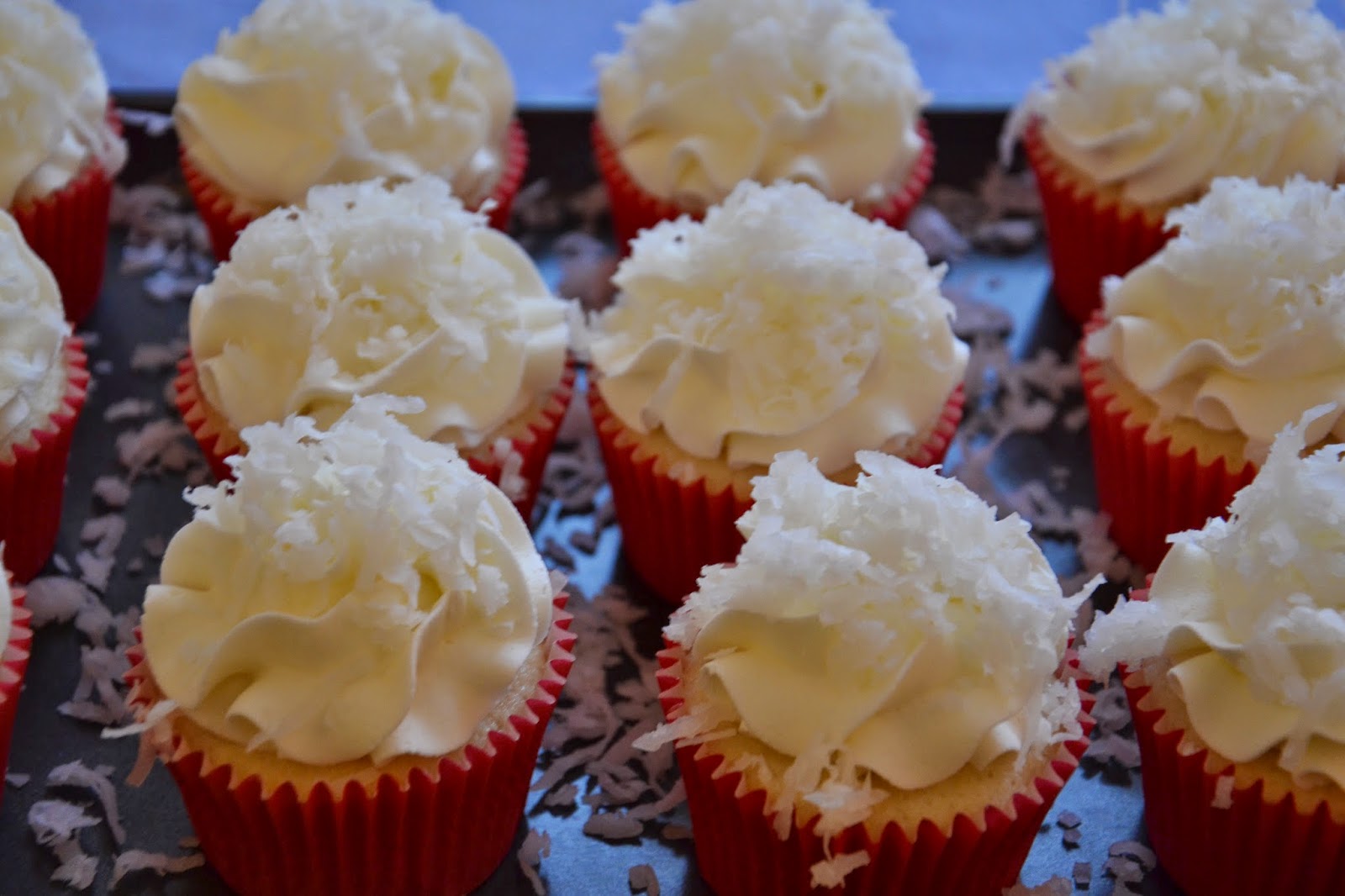 The snowman is built with two Raffaello bonbons on a wooden skewer that I cut to an appropriate length (not taller than the snowman), the pointed end goes through the bonbons and down into the cupcake but not through the paper liner.  These are the same skewers I use for fruit kabobs – thin and sturdy.

Since the center of the Raffaello has an almond floating in cream, I had to firmly hold the bonbon in one hand while gently piercing the outer shell.  Warning: the skewer does not go through the exact center because of the almond, but the topper is very, very sturdy. 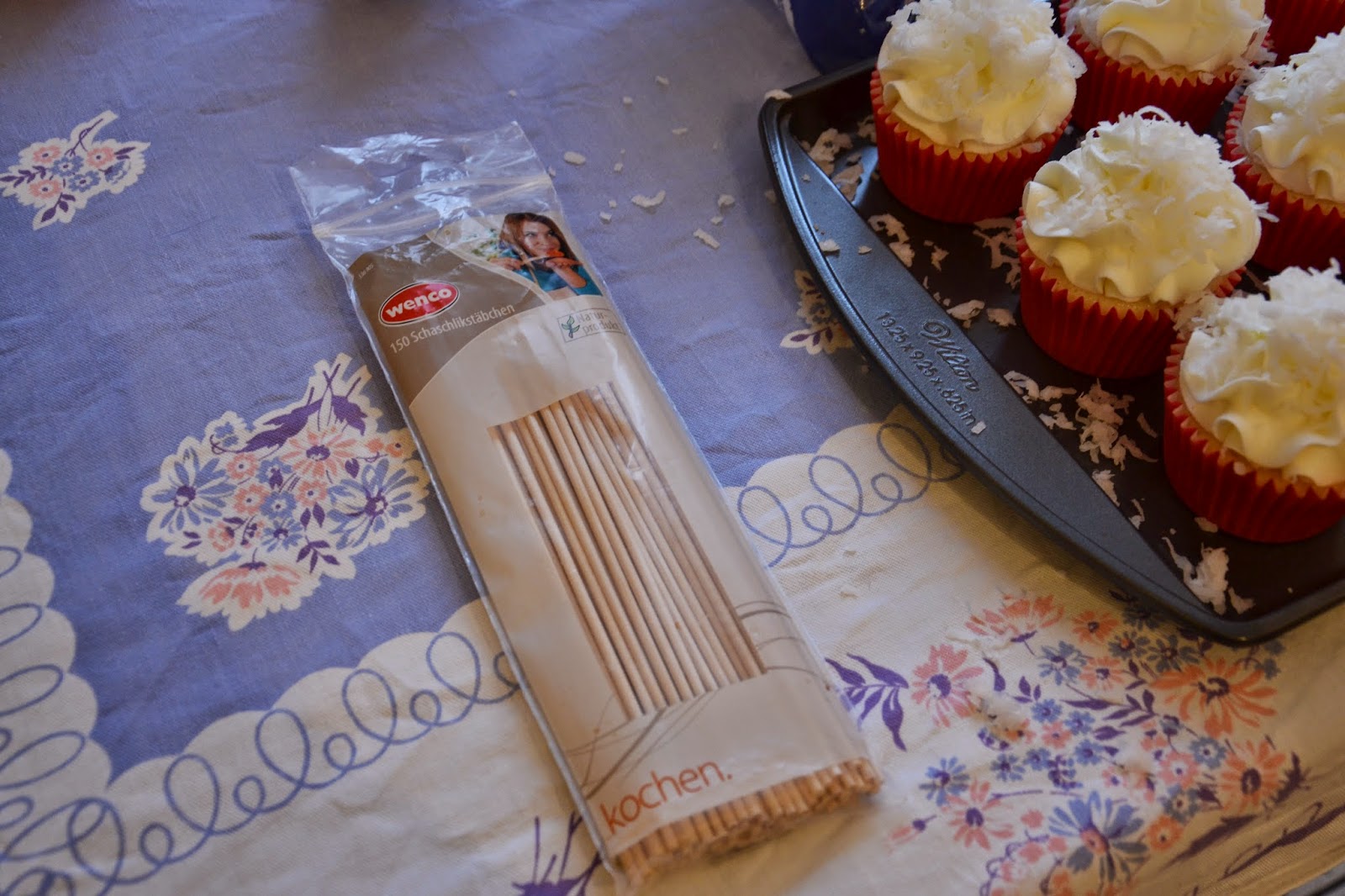 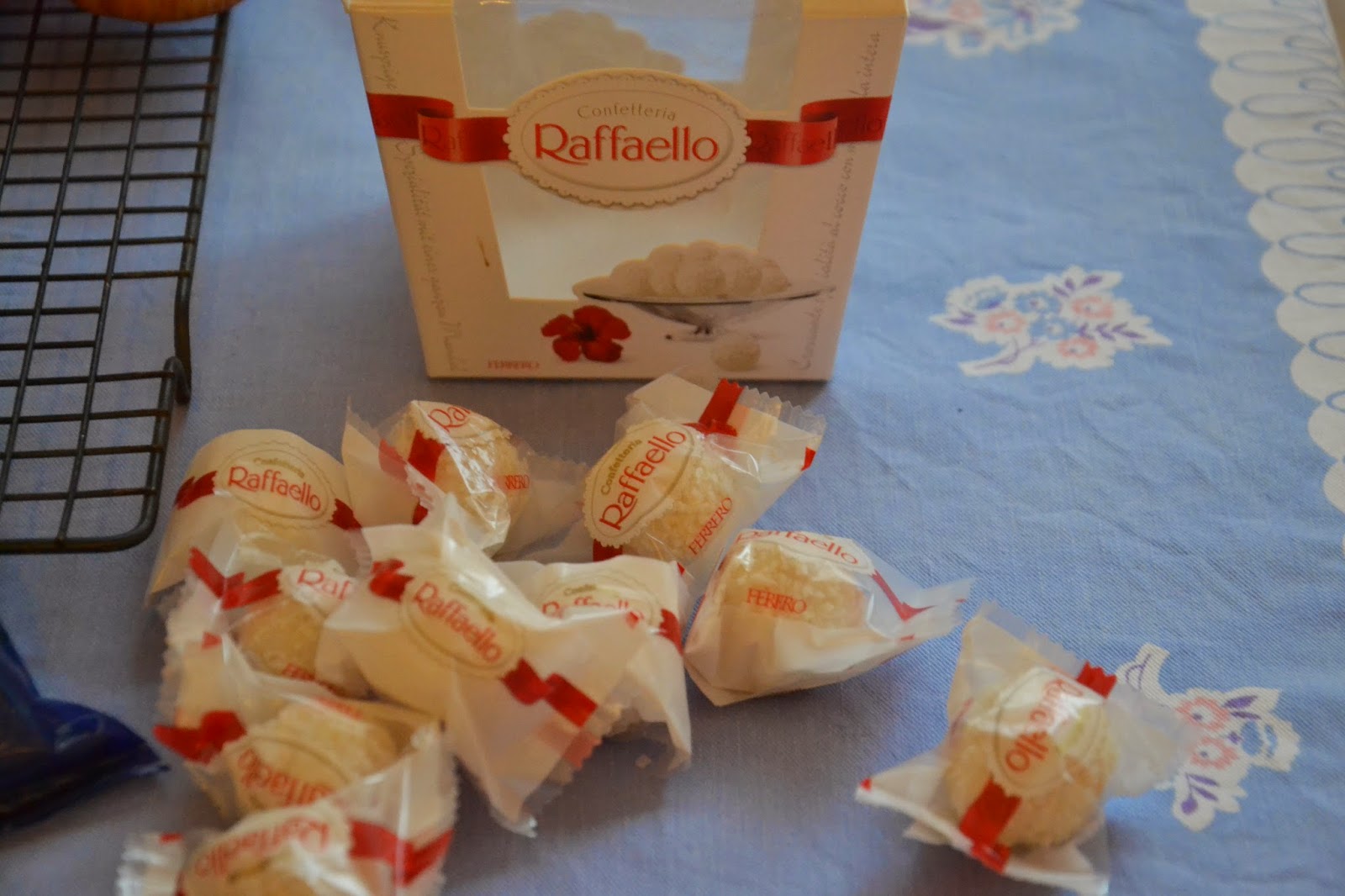 Once the snowman was on the cupcake I needed to build a hat.  I gathered up cookies and candies I had on hand and started making different combinations to find a ‘hat.’  I settled on a Hershey Miniature chocolate bar (dark chocolate) and an Miniature Reese’s Cup.  Just the mini-Reese’s was too small, it looked like a beanie.

I had mini-Oreos..but again, it was too small.  My guess is that a regulation-sized Oreo would make a fine hat base.  The Hershey Kiss took the snowman to the Gnome Place, which I didn’t care for.

The eyes are Nestle Miniature Morsels applied with the flat end out…I wanted a dot and not a point. 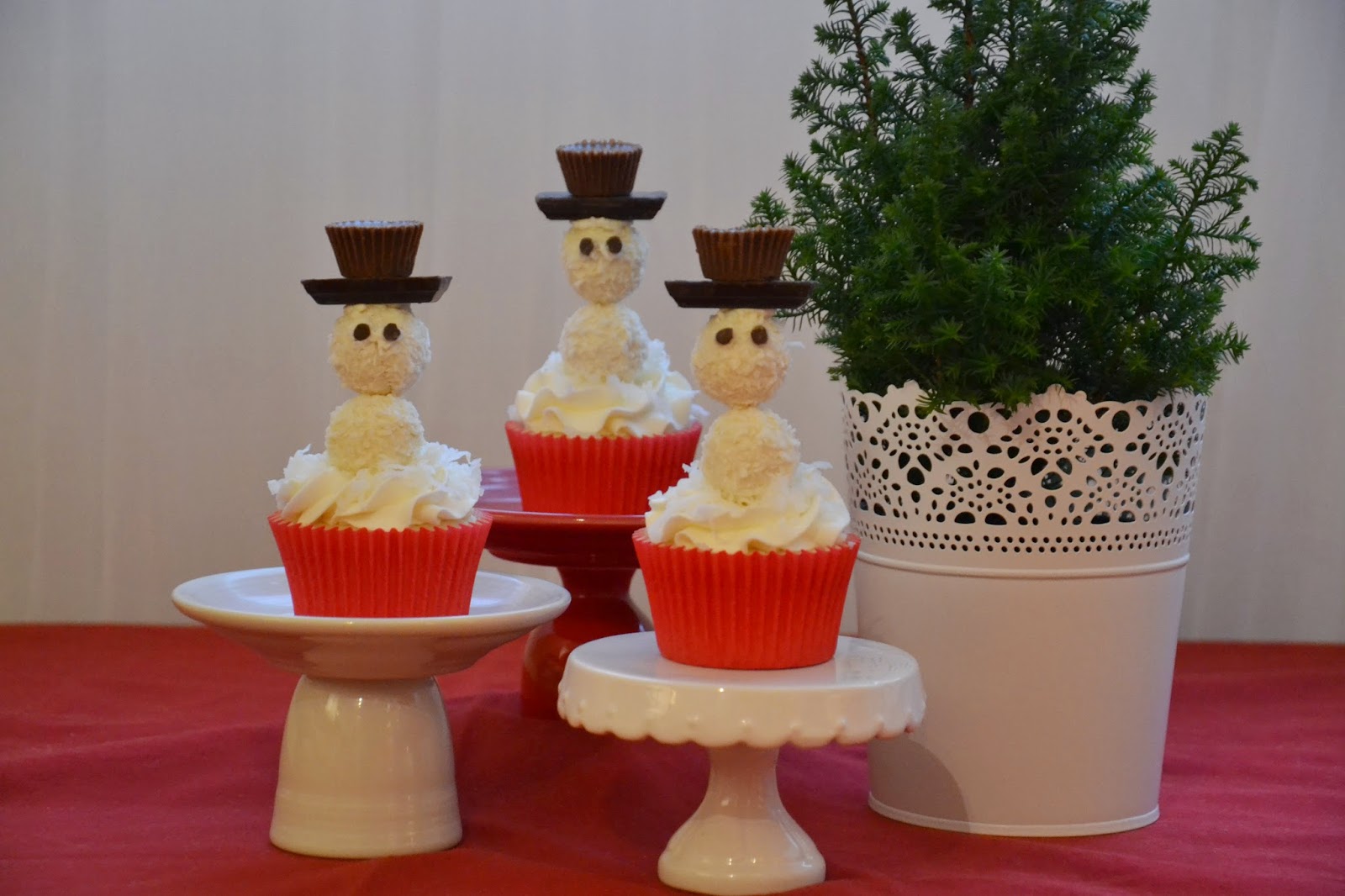 Oh yeah, we’re going to need a nose on these guys.  I took a tablespoon of buttercream and mixed it with a bit of orange gel then piped on a nose.
Hot tip: Practice on something not the cupcake when developing a new detail that needs to be piped onto the cake/cupcake.
If time is a factor or detail work isn’t in your wheelhouse, simply pipe on the buttercream, add coconut, and pop on the Raffaello.  It’s beautiful and delicious and a winner where ever you take them. 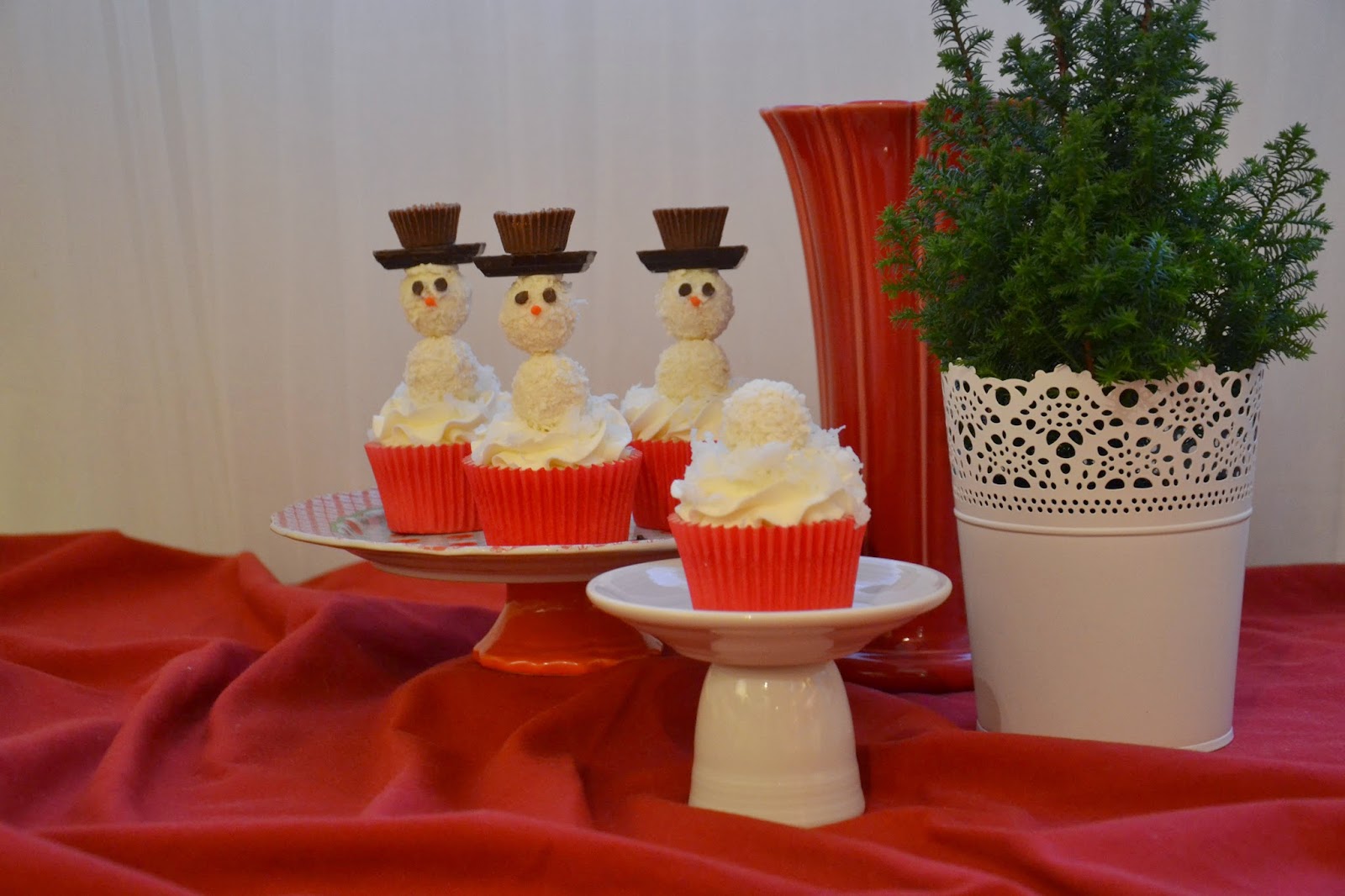 I’m happy with the results of these cupcakes…they’re just as adorable in person as they were in my mind.
I’m also happy that I have a great life with my partner.  And sobriety. 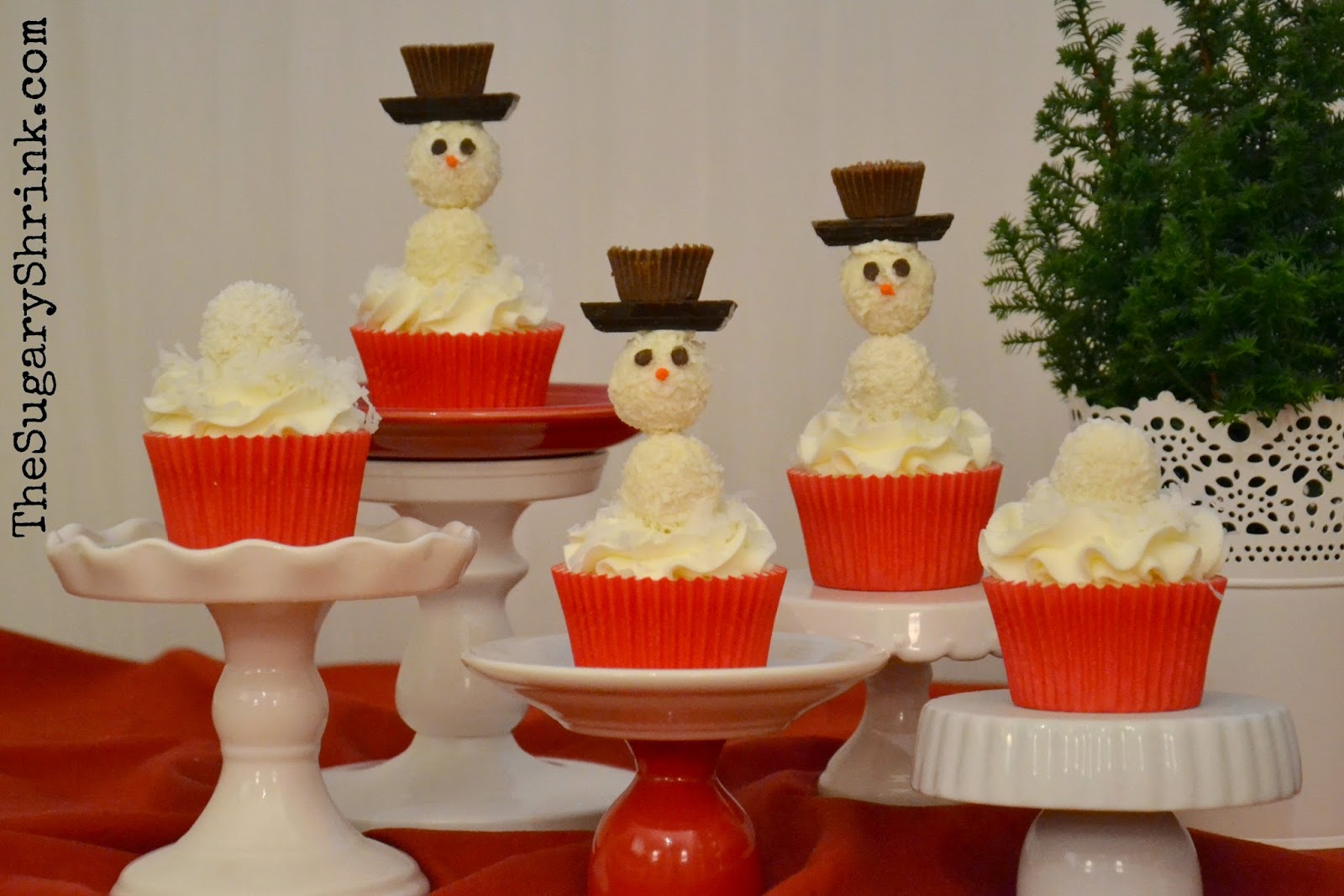