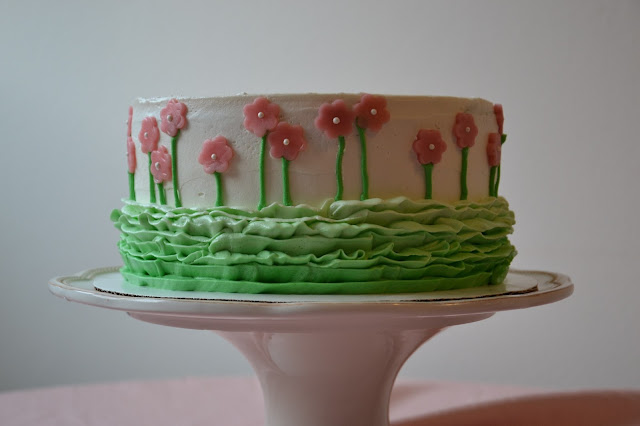 This is not the cake I set out to make.  It is a cake that I totally love!

We were in Paris this past weekend for the 100th conclusion of the men’s Tour de France.  Fortunately, we staked out a premier spot on the Avenue des Champs Élysées…about eight hours before the riders first whooshed by us.  Yes it was hot and sunny and that’s ok.  We made friends with our “neighbors” and time steadily moved along. 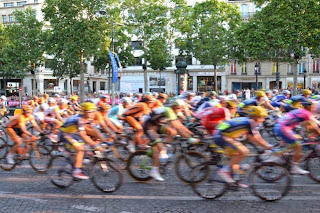 During the race, we snapped some amazing photographs of the pelonton – sometimes they were in focus and sometimes not.  The out-of-focus snapshots really captured the speed of the athletes.

So, my idea for a cake was to take different colors of buttercream frosting, mimic the essential shape of the rider, and then run some type of rake/comb through it to create a ‘movement’ feeling.  Something like a Leroy Neiman in frosting. 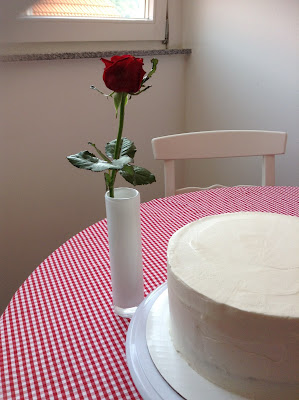 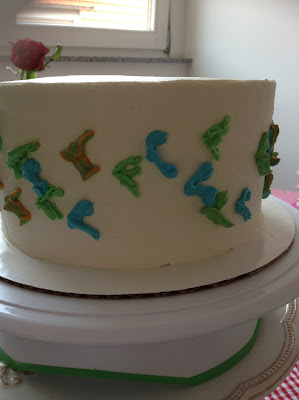 Epic fail.  It looked nothing like what I had in my mind.  When I studied it, I think the colors need to be quite loose/runny in order for the wind effect to be noticeable.  And I wasn’t in the mood to tackle frosting and consistency.  Today was just too hot.

Back in the fridge for the cake while I decided what to do. It’s the Test Kitchen, so anything goes.  And I broke one of my own rules…I was making buttercream and frosting a cake in 30+ degrees!  I had that cake in and out of the cake fridge too many times to count. 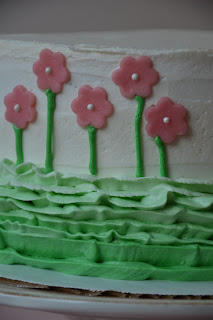 I’ve been thinking about this little garden party cake since I made the Marzipan flowers last week.  I decided to add the ombre effect on the grass just today – I think it’s a sweet combination.  It went together very quickly.  This technique of adding layers of colors starts from the top and works down, which means I don’t have to guess how much buttercream to tint – I simply tint as I go along by adding just a wee bit more of the color being applied.

I love the look of this cake.  It’s simple and clean.  Had I been planning to make this cake, I probably would have filled it with pink buttercream instead of yellow – but this originally was a Tour de France cake – so the yellow was a nod to the leader’s jersey, the maillot jaune. 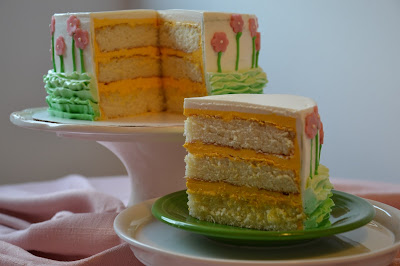 Nonetheless, I am happy with how it turned out.  I think this would be a delightful cake for a garden party, afternoon tea, a family celebration, etc. 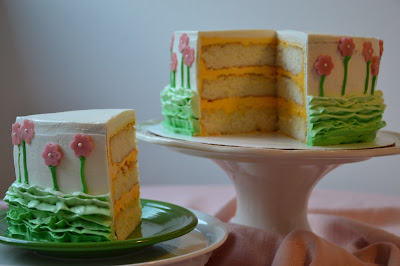 I’m feeling good that one failure emptied into a success.  Working in the test kitchen gives me permission to make mistakes and remain flexible – and most importantly, I can let go of expectations. 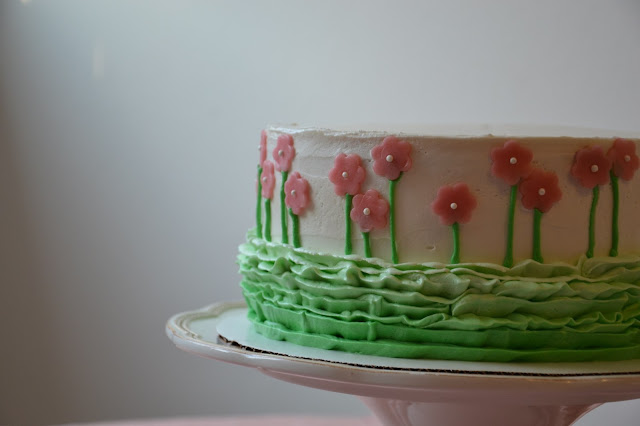 Expectations are premeditated resentments…who needs that?