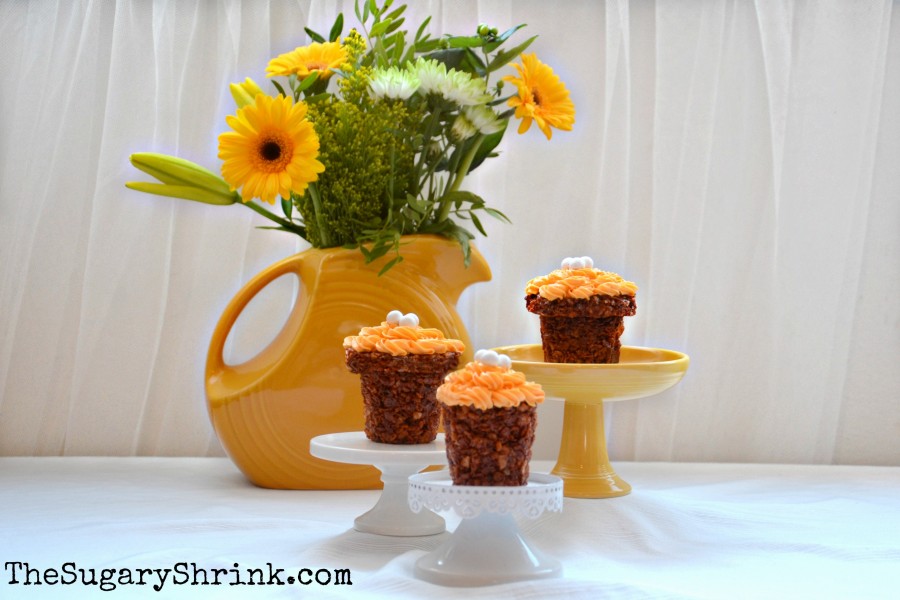 It’s been a scorcher for two weeks and I just couldn’t turn the oven on again!  “I need a no-bake idea that can also accommodate the leftover Swiss Meringue Buttercream from yesterday.”

Welcome to the Test Kitchen.

If we’re talking SMBC, we’re talking flowers…. which needs a flower pot… with a moratorium on using the oven.  From there the idea rolled over to a marshmallow treat and how to shape the flower pot.

I considered using a cookie cutter of a flower pot, but didn’t have one.  Then I thought about using a muffin tin as the base with a circle top, but considered the shape to be too wide.  As the idea continued to develop, I took a closer look at my favorite Nordicware Cookies and Cream Baking Pan – it had just the right shape.

Once the idea was mostly fleshed out, I realized I only had a few Rice Krispies… like barely enough for a bowl of cereal.  I went to my local market and bought a box of cornflakes knowing full well they don’t sell RK.  After hand-scrunching several cups of flakes, there was enough crunchy stuff for the half bag of mallows in the pantry.  Thank goodness I found a half stick of butter .. complete with toast bits stuck in it.  It didn’t matter… all the bits help. 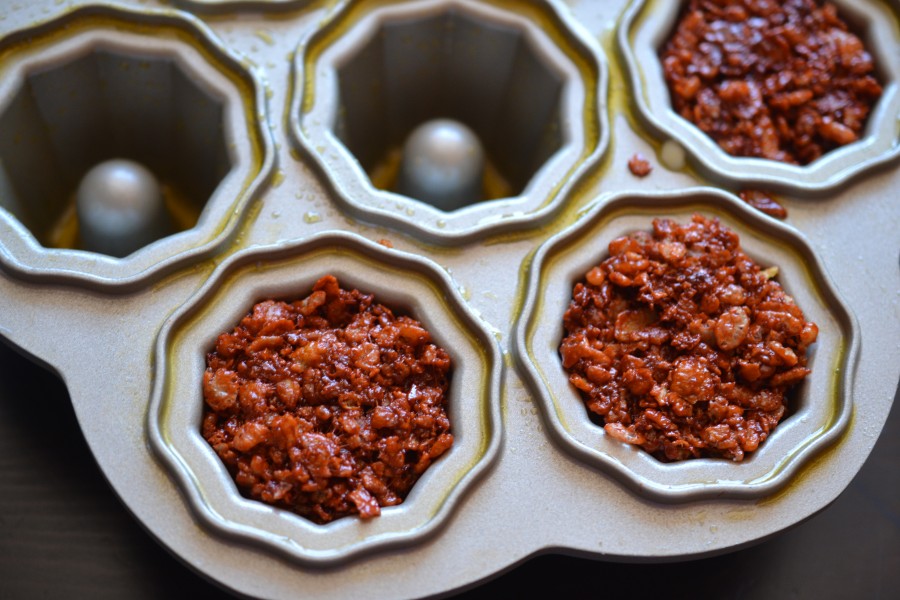 Adding orange and brown food coloring gel just at the end of the melting process, I hoped to get something close to terra cotta.  Of course, too much of each wound up in the pan, but I’m happy with the results. 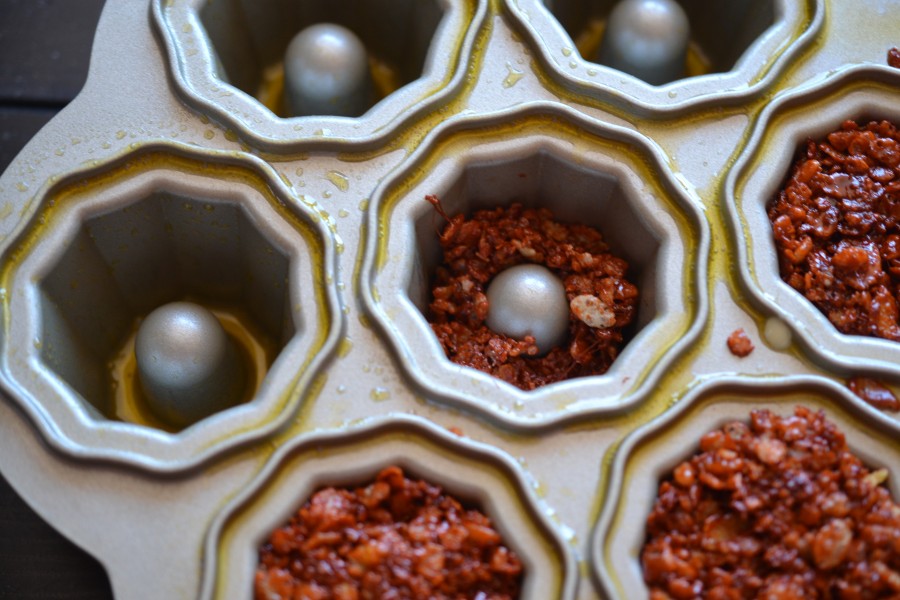 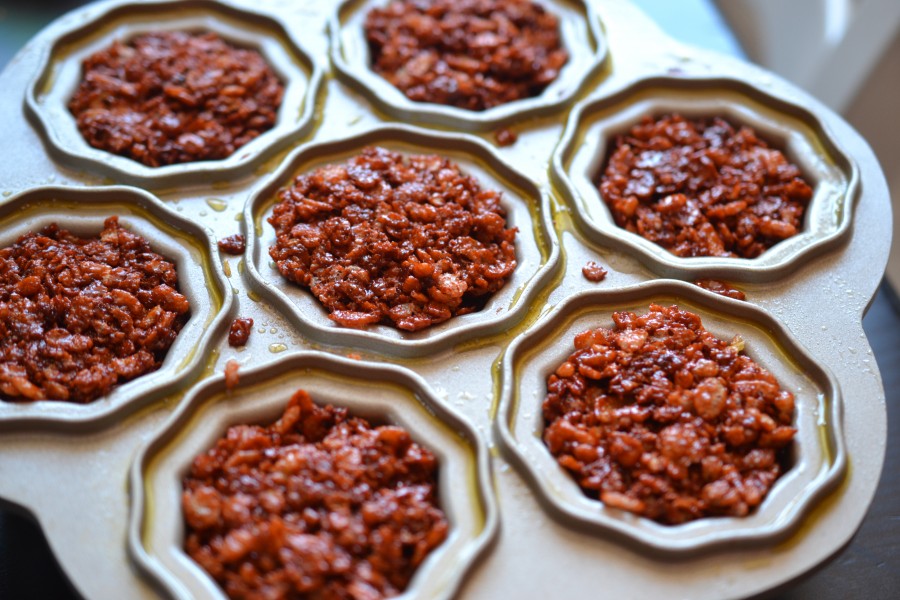 I coated the pan with non-stick cooking spray – it was perfect.  Each little flower pot popped right out. 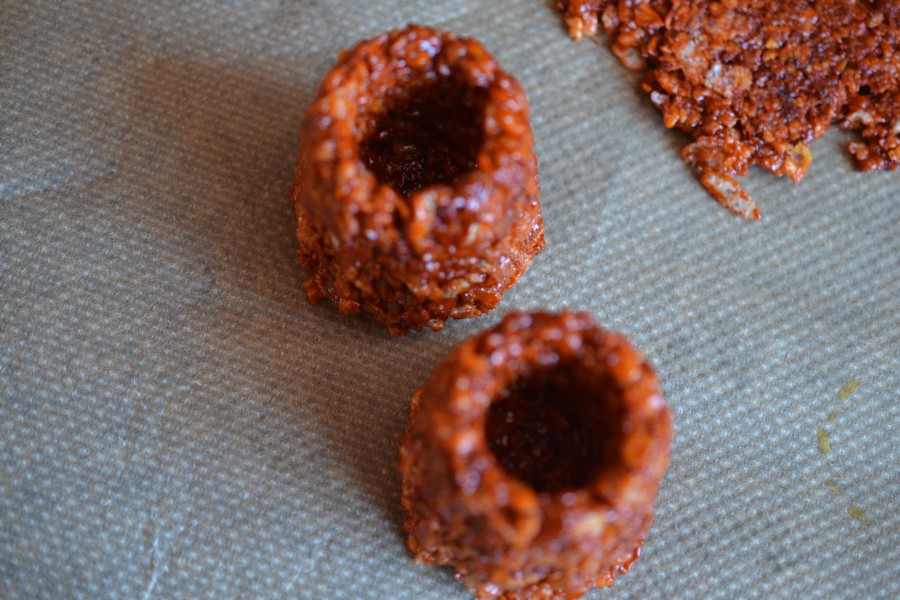 The treats cooled at room temperature, I didn’t hurry them along by placing them in the fridge.

Hey.  That worked out!

After filling up the pan, I pressed the remaining mix flat in order to cut circles for the top rim of the flower pot. 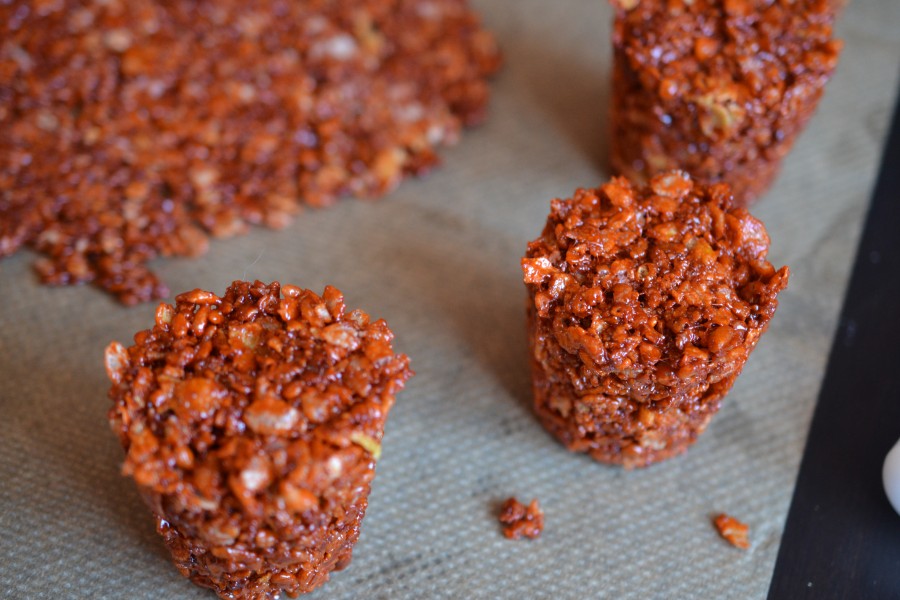 Realizing it was too thin, I folded it in half to double the size.  That worked well.  I even piped on a few flowers without the top disc – it was pretty but didn’t quite read as “flower pot.”

I tried several different flower designs… this one was rejected. 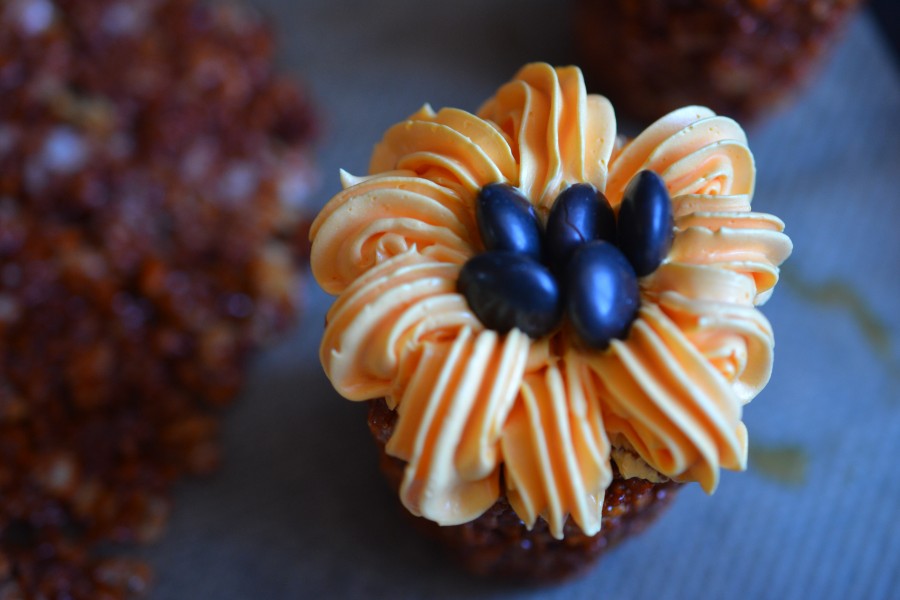 I love a test kitchen afternoon but was on the fence about this design until the last component was added.  Next time I try these, I’ll consider leaving the mallow treats as shot glasses and adding pudding or whipped cream.  Can you see these on a Fall Festival Dessert Table?

I took inspiration for the color of the SMBC flower from my Homer Laughlin Fiesta Dinnerware Large Disc Pitcher in Marigold… the flower bouquet from the market was so lovely, I tried to  tint the frosting to coordinate and blend in. 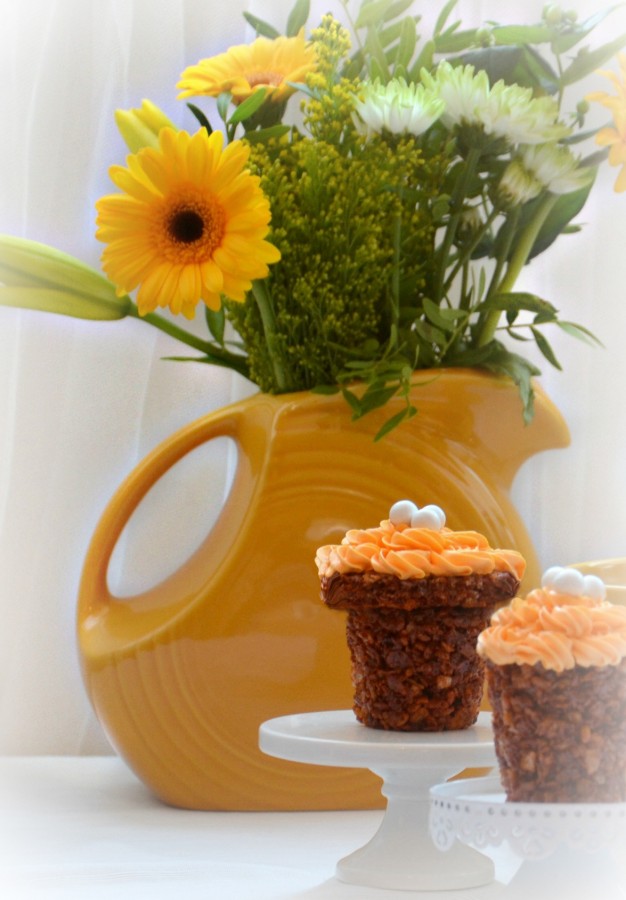 I love my life partner husband like a crazy woman.

I love our people and the people they bring.

And sobriety is worth while. 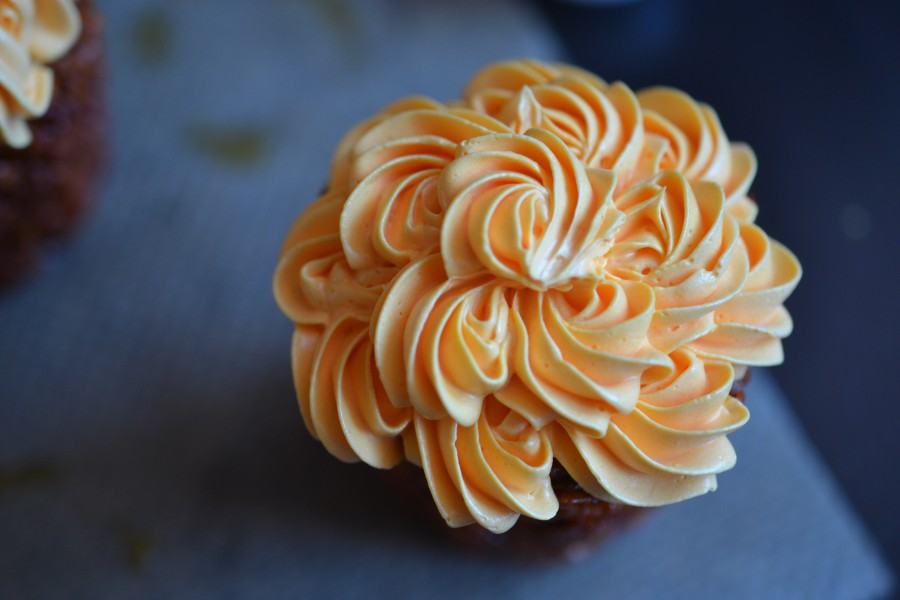