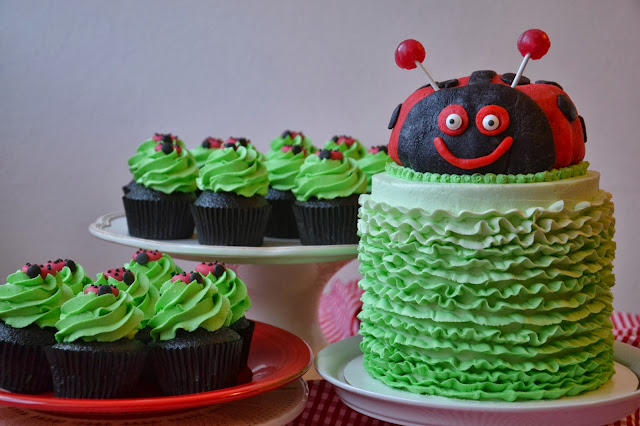 This was a special ordered placed more than a month ago.  I believe it was for a baby shower (I’m pretty sure) and the new mommy has a keen interest in red with white polka dots – so that’s what the inside of the cake looks like.  I practiced this component several weeks ago and blogged about it here.  Previously, I’ve baked a white cake with tinted polka-dots, but never in the reverse.  I wanted to make sure I could pull it off before having to deliver a cake like this.  Enough about that! 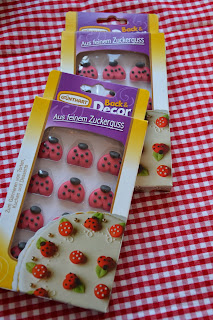 Since LadyBugs was the theme, I loved it when I found these commercially made sugar cupcake toppers (or cake decorations); they were available at one of the larger grocery stores in the area (just three communities away).

I have been looking online at what other bakers have been doing when it comes to “the ladybug cake.”  Some are quite out of my league – especially in areas of equipment and experience.  Take a look on Pinterest – some of those creations are amazing. 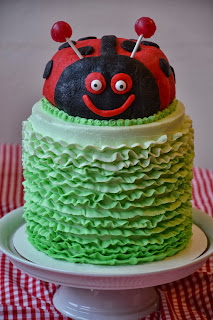 As a home baker, I have a license to make mistakes and simply “do the best work possible.”  And that’s what I have done.  This is my best work at a first attempt for such a festive cake.  I like the way it turned out.  Yeah for me!

I have baked these cupcakes often enough that I now focus on uniformity – I love the way they turned out.  I haven’t had a chocolate cupcake in a long time, but I know these are good. 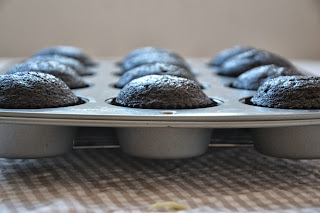 The two dozen vanilla polka-dots were baked for less time than required, but long enough to maintain shape.  This way, they continued baking inside the cake layers without becoming overdone.  I chose not to dowel this triple-layer, 6″ round cake since the stabilizer could adversely affect the aesthetic of the polka-dots.  If this cake went to four layers, I would dowel it.  [The ladybug is essentially a fourth layer, though I didn’t dowel it since the topper was a separate piece.] 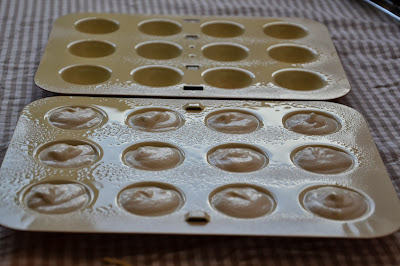 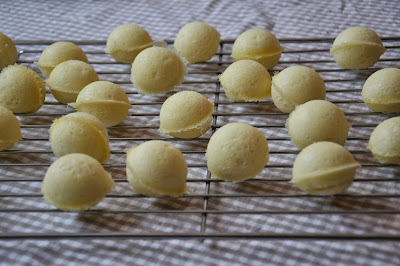 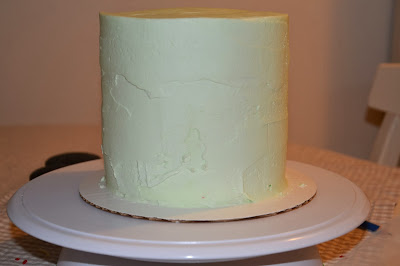 The LadyBug is a chocolate/vanilla swirl bundt cake.  I’ve plugged the hole at the top with a chocolate cupcake.  I tinted red commercially available Marzipan, rolled it out, and covered the little cake.  I was glad to have black food gel; I used a small bowl as a guide for cutting marzipan for the face. 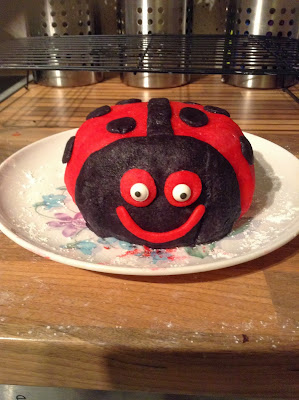 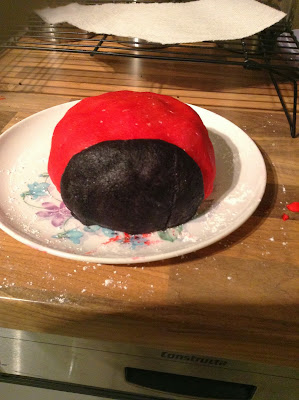 I added dots, eyes, and a smile.  The lollipop antennae were Plan B since Plan A (Tootsie Rolls) wouldn’t stand up straight.  The white dusting powder is a combination of cornstarch and powdered sugar to prevent the marzipan from sticking to … everything it comes in contact with!

Also, the whole time I was decorating this cake, I kept humming a favorite ditty from Sesame Street.  Take a look here and see if you remember it too.  From 1988 until 2002, we had runny noses and bad haircuts running around our house watching Sesame Street before ‘they grew out of it’. 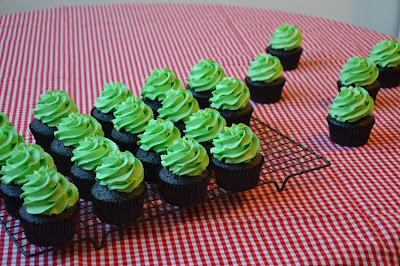 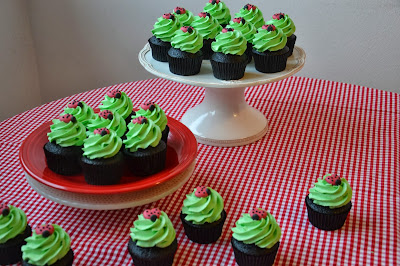 This LadyBug sat in the fridge overnight.  The worst moment was just before putting everything together – so close, but it all could have fallen apart.  It went well!  Yeah again!  I piped on a little string of tinted buttercream pearls around the base of the LadyBug. 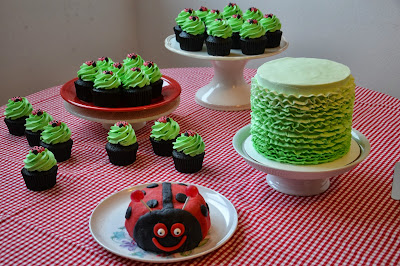 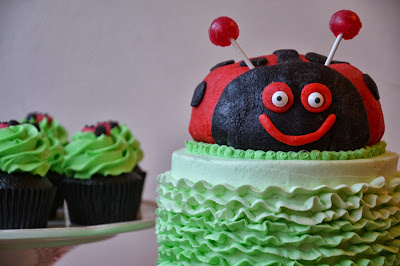 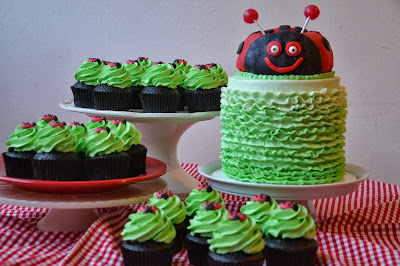 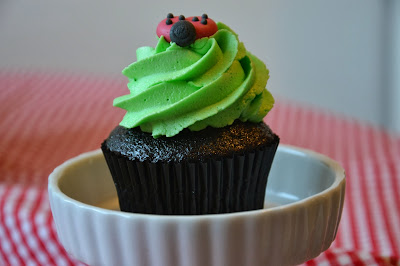 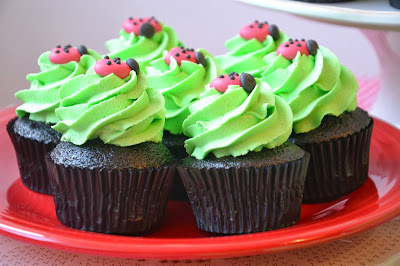 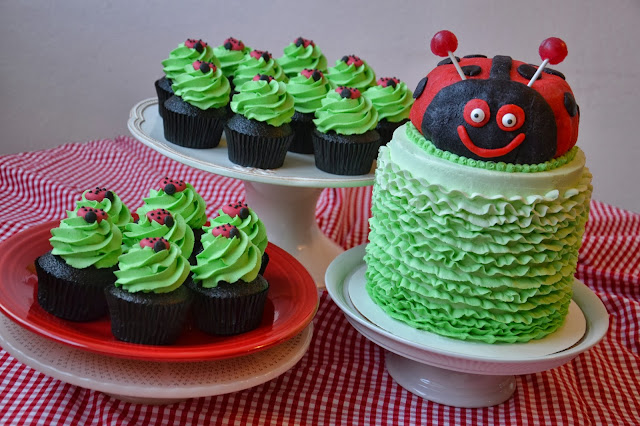